Posted in General | No Comments »

Eight writers met, many for the first time, on a windy day at an all-inclusive hotel in Cancun, Mexico on February 22, 2013 in a big a** hot tub. What began as a mere spark of an idea to join together to promote and market literally exploded into plans for yearly meetings in faraway lands, including a castle in Ireland. To read more go to https://theindievoice.com/

To celebrate the official launch, the authors of The Indie Voice are giving one lucky newsletter subscriber a Mac Air or $1,000. Don’t miss your chance to enter. Subscribe to the newsletter now! Subscribe here: https://theindievoice.com/contests/

We’re also offering, for a limited time only, EIGHT novels in one boxed set for the ridiculously low price of $.99. That’s a $33.92 savings! 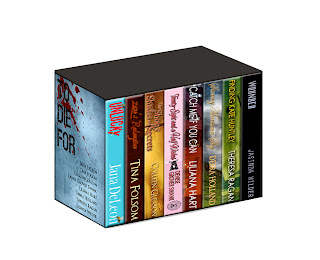 Oliver’s Hunger (Scanguards #7) is now available for pre-order at Amazon! Order your copy now and have it automatically delivered to your Kindle on release day (March 31).

I was unable to get pre-order buttons for Apple iTunes, Barnes & Noble, and Kobo, but the book will be available there on release day.

Newly turned vampire and Scanguards bodyguard Oliver has trouble controlling his thirst for blood. Every night is a struggle against temptation, but when Asian beauty Ursula literally falls into his arms, he fears he will lose the battle over his inner demons and succumb to bloodlust.

Enslaved by vampires for her special blood, Ursula has just escaped her captors. She’s rescued by a handsome stranger, only to realize that he’s a vampire. He claims he wants to help her, but can she trust a vampire who’s not only lusting after her body, but also her blood?

Her promise to rescue her fellow blood whores compels her to join forces with Oliver and his colleagues at Scanguards. Will her choice lead to her salvation or her downfall?

Check out the latest edition of the BTS eMag – I’m mentioned in it as well.

Posted in General | No Comments »

I’m so happy with what Book Candy Studios came up with when I asked them to do a trailer for my Scanguards Vampires series. It almost looks like a little movie!

And the trailer will be available not only in English, but also in German, French, and Spanish.