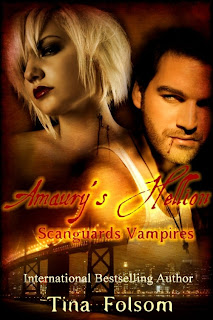 Update: the Winner is Dee!

Unfortunately, Nina is out to kill him because she believes he’s involved in her brother’s death. And she would succeed if only Amaury’s bad boy charm didn’t play havoc with her hormones and catapulted her into his arms and his bed every time she was near him.

Comment and Win:
Leave a comment with your email address and you will be entered to win an e-copy of Amaury’s Hellion. Open Internationally. Contest closes on Wednesday, May 23.
Links to Sex Scene Excerpts by other Authors:
Stacey Kennedy
Stella Price
Sandy Sullivan
Boone Brux
Bridget Midway
Posted in General | No Comments » 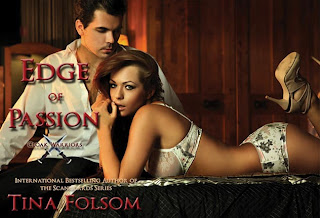 Comment and Win:
Leave a comment with your email address and you will be entered to win an e-copy of Edge of Passion. Open Internationally. Contest closes on Wednesday, May 16.
Links to Sex Scene Excerpts by other Authors:
Leigh Ellwood
Stacey Kennedy
Jennifer Armintrout
Tilly Greene
Yvette Hines
Posted in General | 1 Comment »
﻿ ﻿
﻿ ﻿ ﻿